With movies on platforms like Netflix and Amazon Prime increasingly being encoded in Dolby Atmos, it has become imperative for every TV owner to migrate to a speaker set-up that supports the technology. A vital factor to note here is that not everyone has the financial muscle to procure a complete home theater system. Instead, they can opt for soundbars because of their relative affordability.

In light of this, we bring you this comparative review of two of the best soundbars that support Dolby Atmos – the JBL Bar 9.1 and the Klipsch Cinema 1200. The review puts to rest every lingering doubt you might have about the two products. 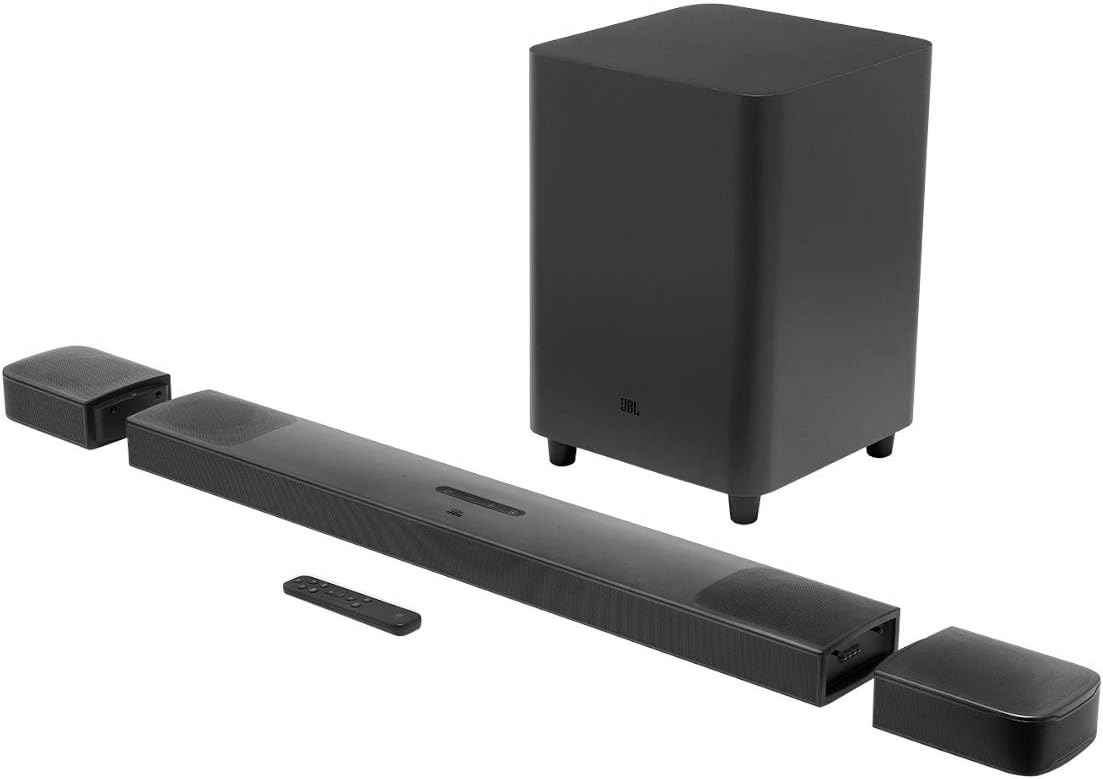 The JBL Bar 9.1 soundbar follows JBL’s tradition of producing excellent audio equipment. The soundbar is JBL’s first soundbar that has Dolby Atmos built-in. It offers true surround audio with its detachable speakers and the up-firing speakers that bounce sound up to the ceiling. It includes a finely-made subwoofer unit to elevate your movie-watching experience.

Klipsch Cinema 1200 at a glance 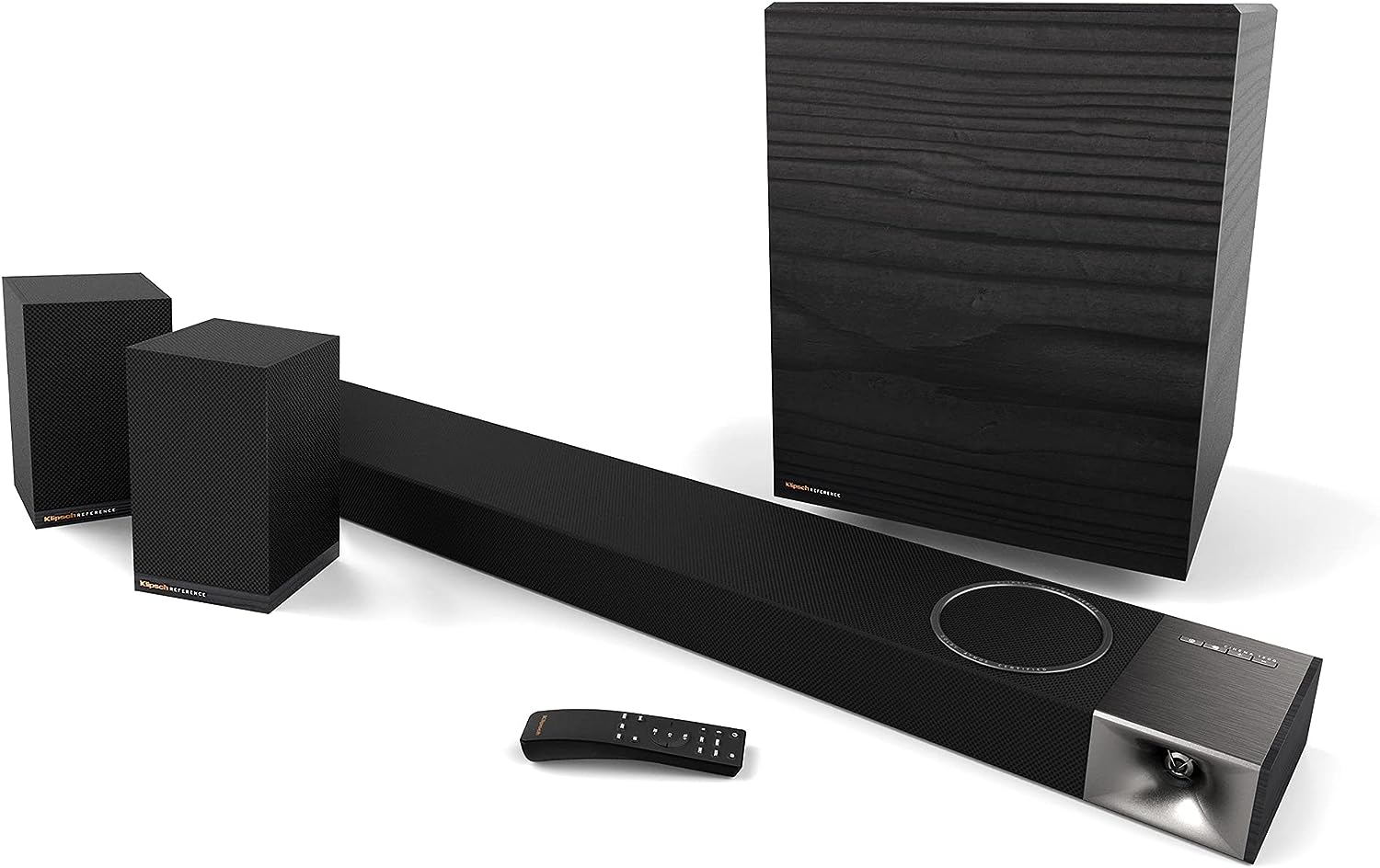 The Klipsch Cinema 1200 soundbar is bound to blow your mind, and this is no exaggeration. The soundbar is Klipsch’s first soundbar with up-firing speakers. It is a 5.1.4 channels Dolby Atmos surround system. With an approximate width of 55 inches, the soundbar will make other soundbars look like minions. It comes with surround speakers and a subwoofer.

We’ll now compare the two soundbars, considering metrics like appearance, connectivity, input options, and performance. At the end of the comparison, we’ll have a clearer picture of how well each soundbar performs compared to the other.

The appearance of the two soundbars and the speakers included are guaranteed to leave you quite impressed. First, the JBL Bar 9.1 comes in a sleek black color and has detachable satellite speakers attached at the two ends. The Klipsch Cinema 1200 is quite a sight to behold. If you’ve followed the evolution of Klipsch’s soundbars, then you’ll agree that the Klipsch Cinema 1200 is quite long. Unlike the JBL Bar 9.1, the satellite speakers do not attach to the soundbar, although they also connect wirelessly. Like most Klipsch soundbars, the soundbar is made of wood and has a mesh-like fabric cover. If you’re ever tired of the grey end caps, you can swap them out for the wooden end caps included.

A well-made metal grill protects Bar 9.1’s detachable speaker; while the soundbar’s front is made of metal, the back and bottom are made of plastic. Once detached, you can easily see the four-pin connectors on the satellite speakers.  The stand-alone satellite speakers of Cinema 1200 are also made of wood with fabric covering the sides. The two soundbars have LED displays to easily view important system information like battery level (for the detachable speakers of the JBL soundbar) or audio source. A good thing about the Cinema 1200’s LED is that you can dim or turn it off. Also, JBL’s LED doesn’t stay on permanently; it only comes on when there is important system information to display.

With the driver located underneath, four peg legs made of plastic elevate the JBL Bar 9.1 soundbar’s subwoofer. It has a small footprint, and you won’t need to worry about where to place it.  You’ll find the opening for inputs and the power cable on the back of the subwoofer. The back of the subwoofer is mostly plain, except for the port and the power cable.  The subwoofer of the Cinema 1200 also sits on peg legs, albeit made of wood. Klipsch Cinema 1200’s subwoofer has its port underneath, with the back featuring a cable input port and a pairing button.

Although the two products have the typical soundbar appearance, the modular design of the JBL Bar 9.1 gives it the edge over the Klipsch Cinema 1200. JBL Bar 9.1 wins.

As indicated above, the input ports are found behind the soundbars. It’s time to see what each has to offer. The Klipsch Cinema 1200 has an HDMI eARC input, two HDMI inputs, a wireless connection via Bluetooth, a 3.5mm analog, and an optical digital input. In addition to this, there is a subwoofer output port for pairing an additional subwoofer to the set-up. The soundbar is also smart home compatible as the built-in universal wifi integrates with existing smart home systems like Alexa and Google Assistant. The Klipsch mobile app is another perk of the Cinema 1200, which includes simple video guides and product support and allows you to adjust the EQ.

On the other hand, the JBL Bar 9.1 has an ethernet port, HDMI Arc, two HDMI ports, and an optical input.  It supports Bluetooth connections. It has built-in WiFi and is compatible with Airplay 2 and Chromecast, which means you can manage it from the home app. All these features combine for a truly wireless experience. All in all, Bar 9.1’s compatibility with Chromecast and Airplay 2 is a massive add-on. However, Cinema 1200’s dedicated app is a massive boost that improves user experience. Thus, the Klipsch Cinema 1200 wins this category.

The JBL Bar 9.1 offers a full surround sound experience with nine distinct audio channels. It has four up-firing speakers that handle the Dolby Atmos decoding; two of these speakers are found on the soundbar, while the other two are atop the surround speakers. The soundbar itself has three front speakers, while the two side-firing speakers of the surround speakers complete the nine-channel output. The down-firing ten-inch subwoofer completes the set-up.

As a 5.4.1 speaker, the Klipsch Cinema 1200 soundbar has three main channels inside the soundbar. These are complemented by two up-firing channels from the front atmos, while the two rear speakers are there for a full surround system experience as well as the rear atmos. Like the JBL Bar 9.1, the 12-inch subwoofer completes the set-up.

In terms of power, you won’t be mistaken if you call the Klipsch Cinema 1200 a powerhouse. It boasts a peak power rating of 1,200 watts. With a maximum sound level of 109 dB and a frequency response of  22 Hz to 20 kHz, this soundbar will definitely make a difference in your living room setting.

The JBL Bar 9.1 is not far behind on the power front. It has a peak power rating of 820 watts, with the soundbar accounting for 400 watts of the total output. The subwoofer has a power rating of 300 watts, while the two surround speakers have a rating of 60 watts each. It has a frequency response of 24 Hz to 20 kHz. Also, it supports audio formats like DTS:X, DTS, Dolby Digital Plus, Dolby True HD, Dolby Digital, and DTS-HD MA.

Although the Klipsch Cinema 1200 has a broader frequency response and more raw power than the JBL Bar 9.1, the JBL’s ability to decode formats like DTS and DTS:X puts it ahead of its counterpart. Therefore, JBL Bar 9.1 wins.

As the analysis has shown, the two soundbars are well-made, but the JBL Bar 9.1 gets the nod. The Klipsch Cinema 1200’s large width makes it ideal for TVs 55 inches or wider. Despite not offering as much power as the Klipsch Cinema 1200, the fact that the Bar 9.1 supports audio formats like DTS and DTS:X gives it the advantage over Cinema 1200. Add its modular design, punchy bass, and Airplay 2 support to the fray, and you’ll be getting a soundbar that offers flexibility and unmatched sonic immersion.