Ok, this Yamaha HS5 and NS-10 article I am doing today has come about for one reason. My friend was lucky enough to score a set of Yamaha NS-10 from a yard sale and he was good enough to let me borrow them to test out and see what they are like. So, I am using this as an opportunity to put them up against other studio monitor speakers from Yamaha, in this case, the Yamaha HS8 speakers. The NS-10 are regarded as some of the finest and most classic studio monitor style speakers of all time so I have been pretty excited about getting the chance to play around with a set!

We need to start by looking at the price. I think the price is an interesting category in our Yamaha HS5 and HS8 contents we have going on today as the HS8s are basically the new and improved version of what the HS5s were offering and it is really up to you if they are worth the extra money this “upgrade” is. 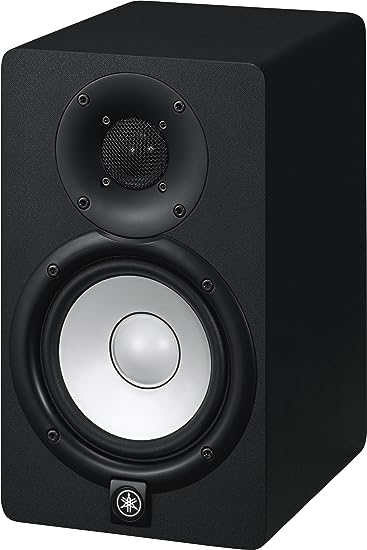 I have to be real with you guys and say that I have not seen the Yamaha HS5 on sale on Amazon for quite a while and the last time I did they were priced at around $400. While their more compact nature may be appealing to you, I have to be honest and say that I feel you are better off getting the Yamaha HS8 as they are usually priced at the same price, or even cheaper in some cases. You can find these on eBay and they can be found in the 250 to 300 bucks range so there are some deals to be had if you are willing to shop around for them. 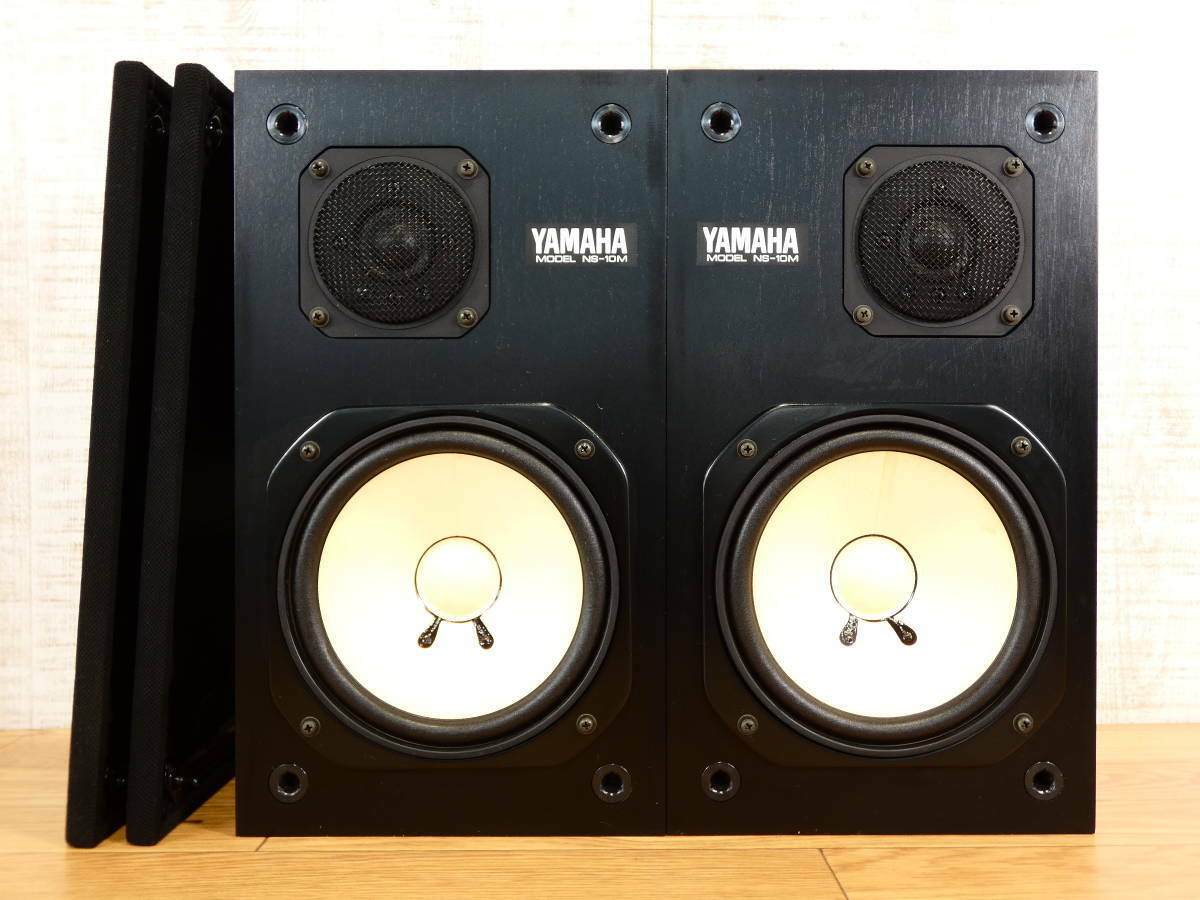 Talking about the price of the Yamaha NS-10 is really tricky. The chances of you finding a new set of these is slim to none. Plus, as these are seen as a bit of a collector’s item, chances are you are looking at close to a grand if you do find a set new in box! The price for these on eBay is all over the place. Just recently I saw a set go for 100 bucks including shipping, yet I have also seen them go for as high as $500. With these being sought after due to their history, the better condition they are, the more of a premium price you will have to pay. Or, you may get lucky like my friend did and find them at a yard sale for like five bucks!

This is such a hard one to call as the price for the Yamaha NS-10 is all over the price and more than likely you are getting a used set. I just do not know which way to call this one, if you can get the NS-10 for around the 100 bucks mark and they look in good condition, snap that deal up! If you are not bothered about the nostalgia or history of the NS-10, save yourself the hassle and just go for the HS5.

The design category which is the second round in this Yamaha HS5 and NS-10 showdown is one I am very excited about. Until a year or so back, I had only seen the NS-10 in photos so it was very cool being able to get my grubby little hands on these and see how they shape up to a more modern offering from Yamaha.

Compact, solid, and cool are probably the three words that I would use to describe the design of the Yamaha HS5 speakers. These are nice and compact as they are only 7 x 9 x 12 inches so they are great if you do not have a ton of space, but you still want some high-quality studio monitor style speakers. They have a very smart and stylish looking black finish and even though these were released not all that long ago, I love the 80s style that these speakers have. I get the impression that someone at Yamaha was clearly inspired by the NS-10 speakers when they were creating these. I like the way the finish has a kind of matte, but gloss at the same to it.

On the front, Yamaha has their standard and stylish looking silver transducer which really does stand out from the black of the MDF. These speakers have a very eye-catching design, but at the same time, they can easily blend into the background. As we look around the back of the speaker, you have your two input ports which his the standard on this current generation of HS speakers from Yamaha. There is also a level dial along with a room control and a high/trim switch as well. I think that Yamaha has done a great job with the design of these speakers and I am sure there are many home or even professional studios with this sitting in them.

I was like a kid on Christmas when my buddy showed up with his 5 bucks Yamaha NS-10 speakers. I came across this very fun WHAT IS IT ABOUT NS10’S? | Streaky.com video that does a great job of showing off these speakers and letting you know why they are so popular.

I think that these are just so, so cool looking. I am a kid of the 80s the fact that these have been around since the late 70s (all the way to 2001 if my research is right) these just scream 80s to me, the kind of speakers I could imagine Guns n Roses recording Appetite For Destruction with. The dimensions of these speakers are 15 x 8.5 x 7.8 inches so they are a good, decent size, but they do not take up a ton of space. These just have so much style to them that I think I was smiling like an idiot the whole time I was checking them out.

They are made with some nice and solid wood, even if my buddies do have a bit of a nick on one of them. These did come with a grill back in the day, but the ones my friend has do not have the grill. I actually prefer the look of the speakers without the grill as I love the way that the Yamaha logo pops as do the tech that is producing the sound. They just have such an iconic look to them I can see why so many people would want these in their studio or even just to have as a display piece. Around the back of the speakers, things are pretty sparse, which given their age is not something I am surprised about, you just have your standard speaker jacks on the back here for hooking them up to whatever it is you are going to hook them up to.

The final round and main event of our Yamaha HS5 and NS-10 contest today is looking at the sound. These are studio monitor speakers and they are designed with people who make and produce music in mind. I could not be any further away from that, I tried to learn guitar as a kid, but when I did not sound like Richie Sambora right away, I quit! So, I will be looking at these in terms of playing records and CDs.

Much like the reviewer in this Yamaha HS5 Unboxing | Testing Sound | Video Tutorial video, I was very impressed with the power that these speakers provided, despite not being what you would call big.

I wanted to play an album I am very familiar with so I could really see what these Yamaha HS5 speakers were all about. I went to my CD rack and pulled out Some Kind of Monster, a truly amazing and underrated Metallica album. To say these speakers rocked the room is a massive understatement. You will often hear people say the word “balanced” when talking about the HS5 speakers and that is because it is the best way to describe them. You get a very natural and well balanced sound out of these and from a listening to music perspective it is great.

Pink is one of the few artists that both my wife and I like (she usually has a terrible taste in music) so as she was around, I put on I’m Not Dead by Pink. It was the vinyl version I put on and I was very happy with what I was hearing. I do think that the HS8 speakers from Yamaha have a slightly better sound, but that could be just me. I think anyone who has these speakers and uses them for listening to music is going to be very happy. I even watched Jurassic World via my laptop with these speakers so I can tell you that for movies you get some excellent stereo sound with these.

We do have to take into consideration that the Yamaha HS-10 speakers I am playing around with from what the guy who sold them said, were not kept in the best environment. I am sure they sounded better out of the box, but I was still very impressed with the sound that I was getting. I am sure much of the appeal and the “great” sound I was hearing as I blasted Slippery When Wet by Bon Jovi was all in my head and me wanting to love these speakers. However, I can be honest and say that I think these did sound great, and listening to an album like this on here was something that I got a real kick out of, even if I had heard it in better quality before.

A real favorite rock star of mine is Rob Zombie and back in high-school Hellbilly Deluxe was one of my favorite albums. I mean who doesn’t love to rock out to Dragula? Anyway, the reason I went for this record was that I wanted something loud, raw, and powerful so I could crank the sound up and see just what these could do. I was very impressed with the sound and the power, but again, these are speakers which are not new and they had certainly seen better days. Still, even taking that into consideration, I was happy with the sound that I was hearing.

I know that there are many people who swear by the Yamaha NS-10 speakers and I now am one of them. I would love to have a set of these in my house, but if I am being honest, I would probably not use them for listening to music and I would have them as more of a collectible. I feel that the Yamaha HS5 speakers offered a more balanced sound, but again, the NS-10 speakers I had the pleasure to play around with had not exactly been taken care of!

My heart is saying that the winner of our Yamaha HS5 and NS-10 battle today is the Yamaha NS-10. I have wanted the chance to play around with these speakers for years and they did not disappoint. If only I could convince my friend to let me keep them then all would be right in the world. However, while I do prefer the retro style that the Yamaha NS-10 speakers have going on and the history of them is just something I find so cool. I have to pick a winner with my head and the truth is the Yamaha HS8 speakers sounded better. I think if you are someone like me who is a collector, chasing down a set of NS-10 speakers is not a bad thing. But, if you want these for your studio or to just listen to music, go for the Yamaha HS8!