With the Ortofon bronze cartridge, my MMF7.3 came alive. This 2-speed belt driven beauty from Music Hall really one-upped its predecessors. Their brainchild in 2015, I am still using it now as I unwind from a long day in the office. This thing was made to deliver and true enough, I am playing my old records more than ever.

It even looks good, fitting into the noir theme I have going on in my living room and it sits perfectly well on my antique coffee table, unlike all the other budget turntables I got in the past which would just vibrate and drive me insane with the unnecessary noise. It’s stable, it looks great and it even sounds great! I don’t think I’ll be shopping for another of these in a long time.

Some of the things I like about the MMF 7.3

The Music Hall MMF 7.3 has a better motor and better playback overall compared to the 5.3( it’s really that much quieter with the new motor) that I wanted to buy initially, it has a nice little carbon fiber tonearm that’s in one piece and the really cool thing is that the tonearm counterweight acts as a resonance damper which gives me the nice little-rounded sound that I like so much.

Have I mentioned that it’s a very shapely machine that I put on display? I never keep her because her height to surface area ratio is pretty much perfect! I really don’t have to worry too much when I put my records on because the sorbothane hemispheres are like my babysitters, I just simply dust them off and keep them after playing because after the first few times I trusted that the MMF 7.3 would take care of my records, probably better than I do. For all you specs-crazed geeks here’s a mouthful; my MMF 7.3 came with a typical Music Hall double plinth platform that had sharply pointed cones below attached to support cups which i think helped with the damping a lot, the motor is now diagonally opposite the tonearm which according to them, helps reduce the belt vibrations when it enters the cartridge, a beautifully lacquered acrylic platter with a metal screw on record clamp which kinda helped straighten my older records which I moved around more than the newer ones.

I kinda liked the dust cover which was included, it’s always such a hassle to find something that doesn’t destroy the aesthetic, especially when I’m overseas and I let my friends use my apartment. The electronic speed control is really nice as well as switching belts or even buying a separate speed box would have been a real bummer for me. Those would have really destroyed the aesthetic quality the Music Hall MMF 7.3 brought. Plus it’s the same button as the on/off which makes the design super clean and easy to navigate.

Now a lot of people have found it difficult to set the MMF 7.3 up but to be honest if you know what you’re doing, you’re good to go. The instructions are clear and it was quite easy to dial the azimuth too, you can literally feel it. I had a bit of a problem setting up the drive belt as I was in a bit of a hurry and didn’t want to use too much force which ended up in me taking way longer than was supposed to. Don’t worry it’s pretty sturdily made, go ahead and slip it in! It kinda reminded me of building my first PC, except that this looked and sounded way better.

Oh, and it is really awesome how the LED turns a nice warm blue when the motor hits the sweet sweet speed. When you put this baby together you’ll realise just how much detail and thought has been put into making it a truly high-end turntable. Everything you need is in the box, providing amazing analog sound coming with little to no fuss. You can really put this anywhere at home. I might even consider placing it on the bookshelf because it just goes so well with the wood tones I have. It probably wouldn’t affect the sound so much since there is so much effort being put in already into dampening and cancelling unwanted vibrations

How about the sound quality?

Sound Wise is where this gets crazy, it is SCARY how the MMF 7.3 makes all the cartridges sound different. After the religious 50 hour break in, I let it rest and put it back on the next day. It was on point. The sound came steadily with no misplaced or slow beats that come with other lower end cartridge. It brings the music out from being just in the background to in the moment. I really liked it, especially since it came with the MMF 7.3 which saved me a lot of trouble researching which cartridge to buy!

The sound was very well defined and there was good instrument separation, layer by layer instead of the disgusting mush sounds that I’ve heard in stores that don’t break in their cartridges. The cartridge is almost too clear except for the fact that I was slightly overwhelmed with how distinct the sound was when it came out that I couldn’t really draw a mental picture of the scene in my head which I sometimes like to do when I immerse myself. Overall, I would give the MMF 7.3 a 9/10 for sound, there were no vibrations and unwanted noises,  and the ortho form an 8/10, it was on the verge of overloading my senses which are good for some people.

If you haven’t realised, I really recommend the Music Hall MMF-7.3. At its price range, it is surely unbeatable, costing me about 1500 including the amazon protection plan.The isolation that’s built into this machine is crazy it never skips even when I placed it in some questionable places while breaking in the Ortofon. Maybe beginners will have some issues setting up the MMF 7.3 as it is not a very simple straightforward thing to do but hey fortune favours the brave! 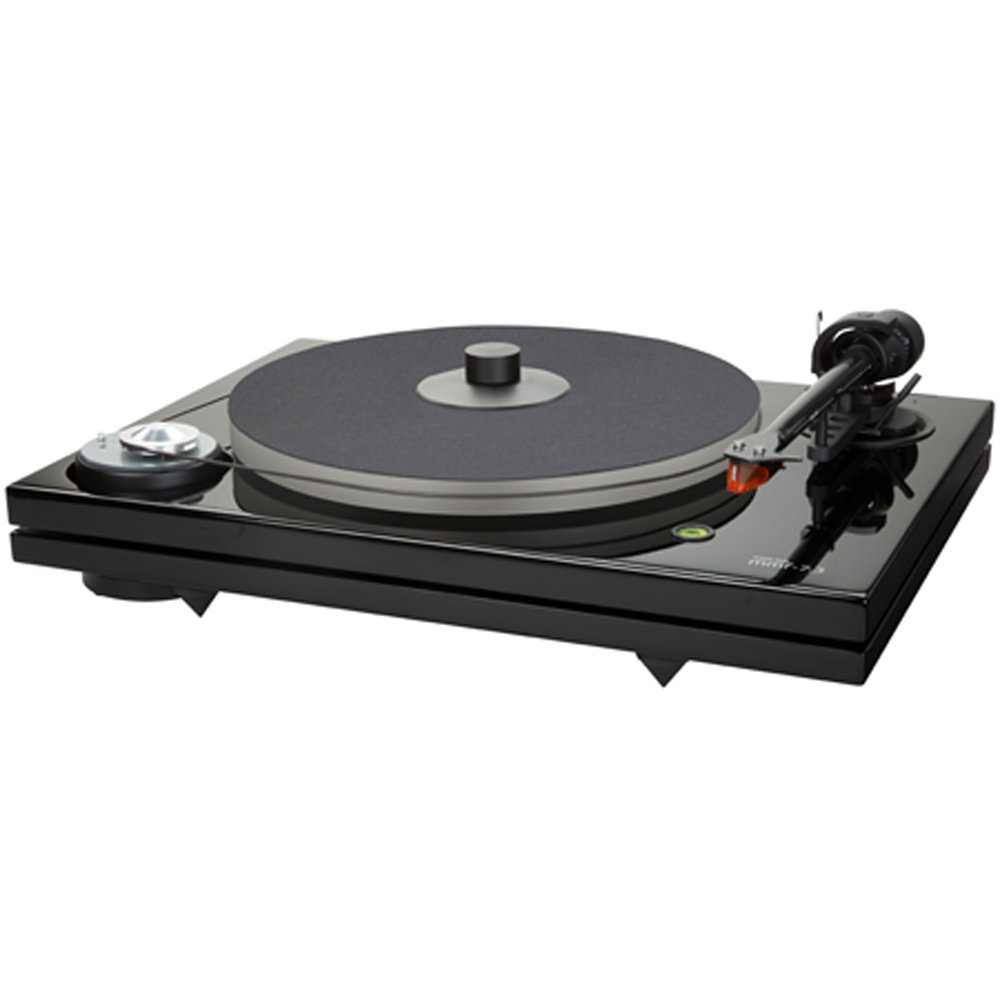 This turntable has helped me convert some of my CD and .mp3 friends who never really got the deal with records and how different they are supposed to sound. After a few tracks I really got my friends to join me in appreciating music the way it was meant to be appreciated and for that, I give the Music Hall MMF 7.3 a 5 thumbs up! If you want to compare with its previous models, you may browse through one of my previous posts here.