I decided to put this Klipsch The Fives and the Edifier S3000Pro contest after I put the S3000Pro up against the big brother of the Five, the Klipsch The Sixes as that was such a close call for me to make. I think that the Klipsch The Fives are a great set of speakers and putting them up against a premium offering like the Edifier S3000Pro. As the last match was so close, you may think that the S3000Pro should have this won hands down, however, this is also another close and tough to call battle for me!

Out of the three categories we have today in these two speakers battle to the death, the price I feel is the most one sided. These are two what I would class as premium bookshelf style speakers, so do not expect to be paying 50 bucks for these like you would a set of speakers at Walmart. 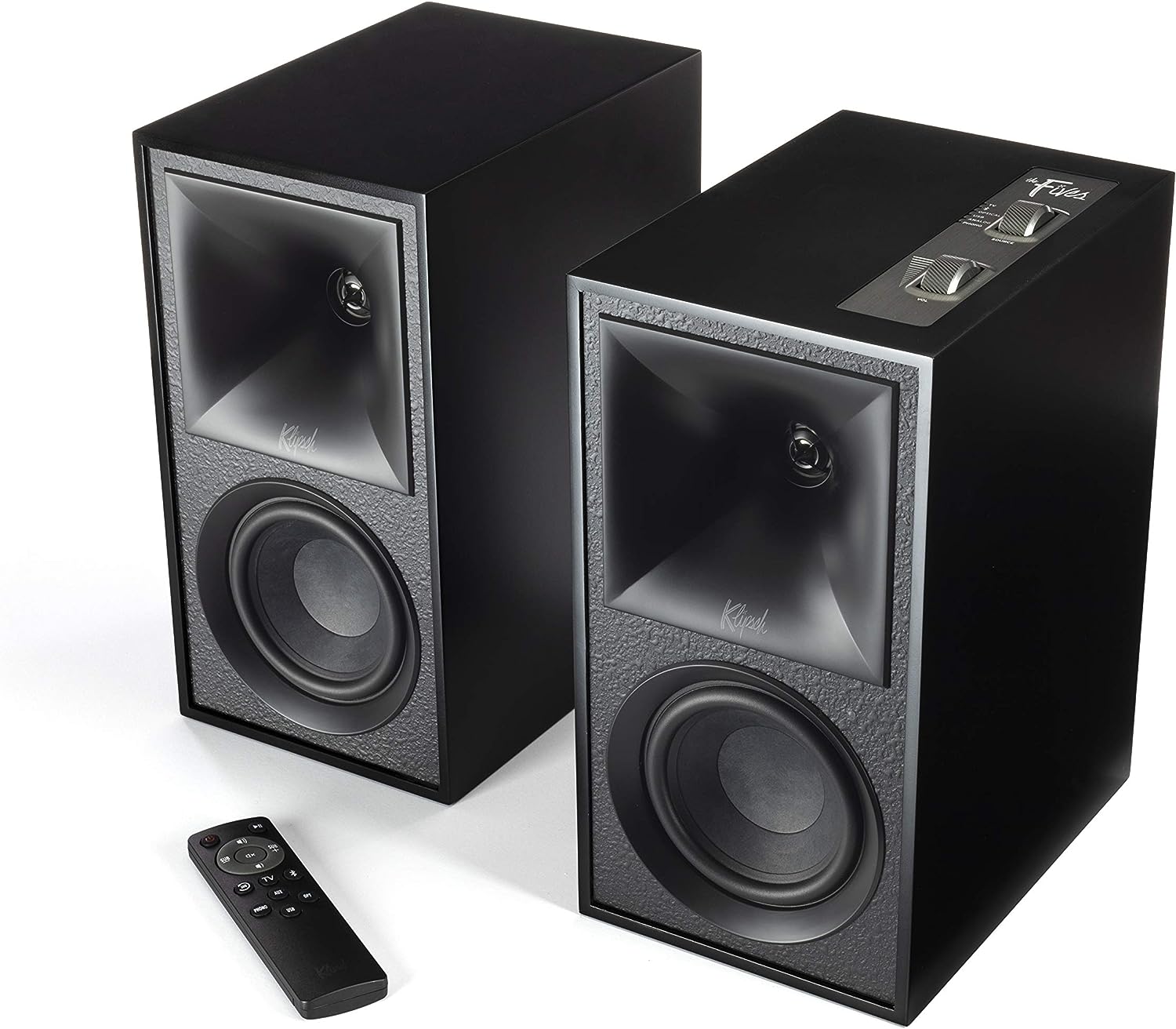 The price of the Klipsch The Fives depends on what color you decide to go for. The black version which I had the pleasure to play around with are as of writing, $529.99 which I feel is a fantastic price for a set of speakers of this quality. This is even cheaper than the last time I looked at these! The walnut version are priced at $599.99 which is kind of crazy to me, but this is also cheaper than last time I checked these speakers out. You can find both sets for closer to 500 bucks if you look on eBay so there are deals to be had for these. 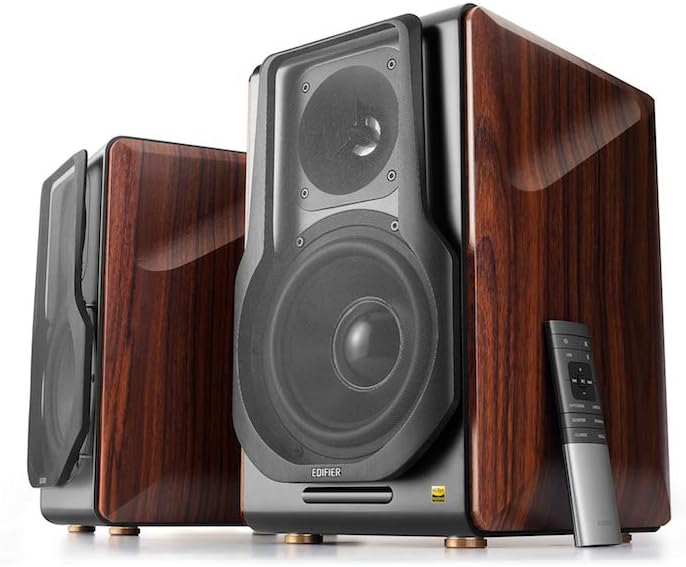 I feel that the asking price of the Edifier S3000Pro is going to be a real stumbling block for most people out there. These are priced at $799.99 on Amazon and I have not really seen this price fluctuate as far as Amazon goes. Even when you look on eBay, you are looking at around the 800 bucks’ range for these so there are not many deals for these out there right now. It may pay off to be patient and see if they do drop a bit or if a seller on eBay is looking to get rid of a set quickly.

I have to say that this round is a knockout for the Klipsch The Fives. To be fair I do not think that the Edifier S3000Pro speakers are overpriced, but I also do not believe that they are worth 200 to 270 bucks more than what The Fives are asking.

The design round of our speakers’ comparison contest is probably the most heated one! These speakers each have their own style which is quite different. This means that this is a round that is going to be very personal. By that I mean, what I think looks cool and awesome might differ from what you feel is cool and awesome if you get what I am saying.

The version of the Klipsch The Fives that I am talking about are the black version which I am glad about as I love black speakers. These just look so, so cool and they have an 80s retro style which I love. Check out this Klipsch The Fives powered speaker system | Crutchfield video which shows off the black version. These are a great size as they come in at 9.3 x 6.5 x 12 inches. The speaker grill that Klipsch has used for these is something I think is really cool and I actually prefer it to the one they use with The Sixes. It has a retro feel and the silver that it has on it makes sit really stick out and look different. It is one of those things where at first I was not sold on it, but the more I looked at it, the more I liked it. On the top of one of the speakers you have an input selection dial and a power dial too which I think actually does take a little bit away from the overall style the more I look at it.

As we move around the back of the speakers to see what is going on there, you will be pleased to hear that there is a great selection of ports on the back. You have your aux port, an optical port, a phono in, a USB port, and even an HDMI Arc port as well. Klipsch tends to take very good care of people when it comes to connectivity options and that is certainly the case here. As far as the remote control of the Klipsch The Sixes goes, I like it. It has a nice and smooth style to it and it gives you all the control you need over the speakers. It has a bit of an Amazon Fire TV Stick design to it which is cool.

The Edifier S3000Pro are a bit larger than the Klipsch The Fives, but it is not as huge a difference as I thought it was going to be. They come in at 10.55 x 9.13 x 14 which is actually a fair bit smaller than the photos I saw made them look. These just look so classy and cool, they really do have that Edifier style about them which mixes elegance with a contemporary design and I always like it. These have that retro woodgrain style which really is quite awesome. I would say it looks later 70s, early 80s than the Fives, 80s rock, and heavy metal design. The front of the speakers is black and there is a grill on here that can be removed, but it is stuck on there really well. I have to say, if these were my speakers, I would have that grill off as I actually think that it takes away from the retro style that these speakers have.

The back of the speakers is where all of the business of these speakers is handled, there are no dials or switches on the top or the front and that is something I do like. On the back, you do have your dials to tinker with the sound if you wish. Edifier also has all of your inputs for you too and these are right around what you would expect. You have optical, coaxial, auxiliary, and your balanced input. I should also mention that these do also have Bluetooth which is to be expected with a set of speakers like these. In all, I like the way they have things organized on the back of these speakers. The remote control that comes with the S3000Pro is very interesting in that it does not look retro like the speakers do. It is a more modern style of remote which I really like. It gives you great control over the speakers and it even has some presets to check out too.

Ladies and gentlemen, here is the main event of this comparison contest. The sound that these provide is great and the first time I decided to use my Sony PS-LX310BT with these as I used it the last time I checked out these speakers. This way it keeps things even and also it is a great turntable and my favorite one I have at the moment. 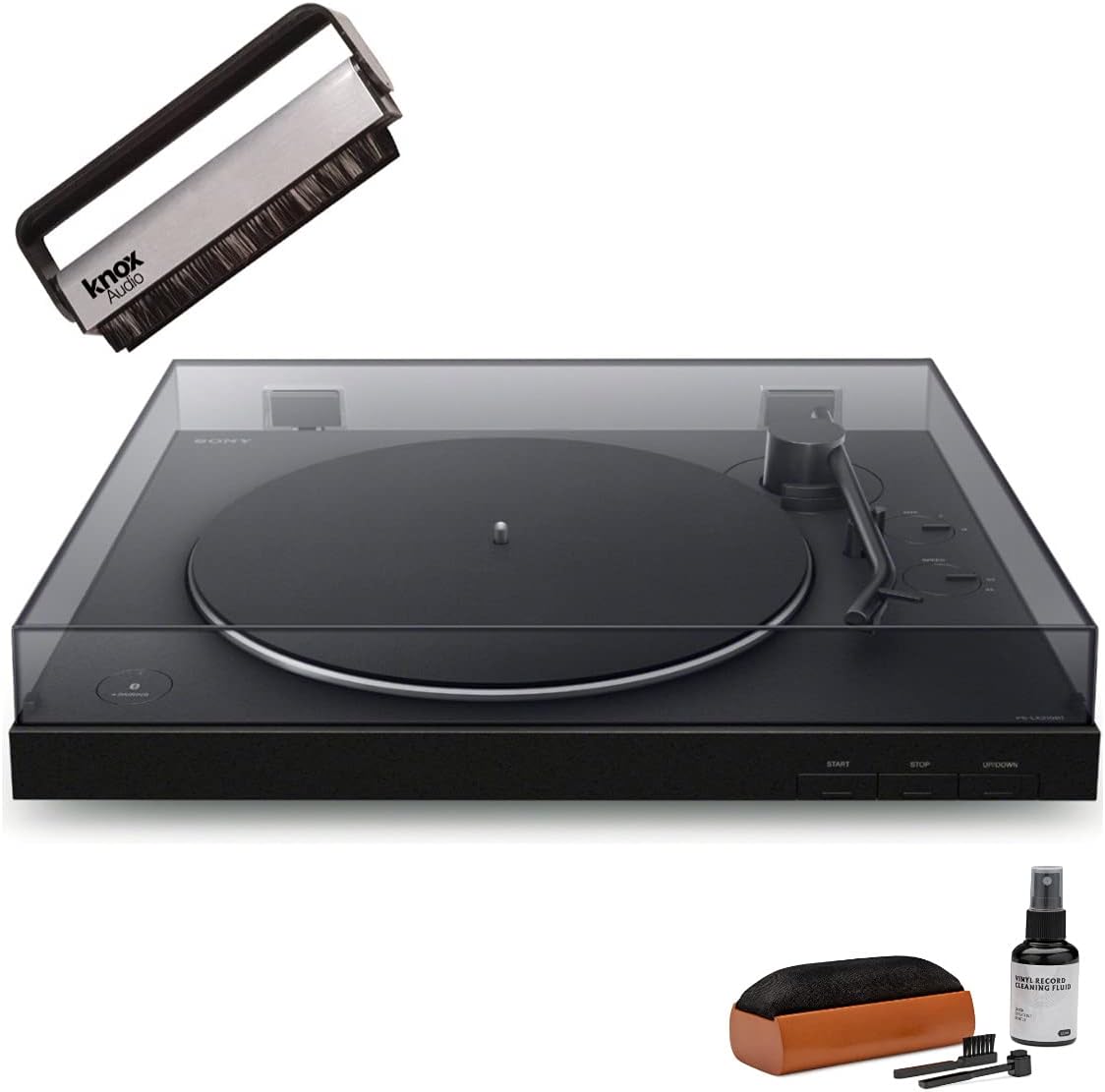 The first thing I have to tell you about the sound that the Klipsch The Fives provides is just how much bass these things have. I was actually blown away by the power that these speakers offered. Klipsch always manages to make great sounding speakers and I knew these would sound good, however, the raw power they offered when I was blasting The Transformers: The Movie, especially the epic song Dare was truly incredible. These speakers just rock and they sound awesome, it is the kind of thing that is hard to describe, but even when you decide to crank these bad boys up, you will not notice any kind of distortion or dip in the sound quality. I like my music loud… when my wife is not in and I won’t get shouted at for it, and these speakers sound great when loud!

It is not just epic 80s style rock that these speakers excel with, I also like my slow jams on occasion too and when it comes to slow jams, Legacy: Greatest Hits Boys II Men is the only album you need in your collection. Granted it may be missing some of the deeper cuts, but this album is a must in any record collection. Anyway, the vocal harmonies of the boys is brought to life here just impeccably and the music arrangement too really shined through. Oh, this was with the stock settings too, I did play around a little bit and got the sound even more to my liking! I do think that most folks will just keep these at their default settings and be more than happy with the results.

I really like this Edifier S3000Pro _(Z Reviews)_ When Magic Meets Technology.. video as it echoes many of the things that I feel about the Edifier S3000Pro speakers. These speakers sound amazing they really do. I was very, very impressed with these and I just got more impressed with each album I listened to. One album I want to give special attention to is Follow The Leader – Exclusive Limited Edition Red & Black Colored Vinyl. The first time I saw Freak on a Leash on MTV, it was truly was game changing. For a good few years, Korn was one of my top bands, and these speakers well and truly did this record justice. I just kept creeping the volume up, little by little and the sound did not lose any of its quality at all. You have different presets that you can check out too which is something I always have fun with.

I really have to give Edifier a big high five for what they have done with these speakers. I like to get my wife in on these tests sometimes and an album that she loves is XX: Two Decades of Love Metal by HIM. My wife is not really a rocker, but chicks always seem to dig HIM. Anyway, I could see her foot tapping and head nodding and after a few songs, I asked her what she thought and she said they were great. My wife does not usually hear much of a difference when it comes to speakers, but she said that she noticed one here. The real question you have to ask yourself is if these are over 200 bucks better in the sound department than what the Klipsch The Fives are offering.

Man, this is so tough to call, just like it was when The Sixes went up against the S3000Pro speakers! I think though I am probably going to end up saying the same thing I said during the last article. It all depends on if you think that the S3000Pro are over 200 bucks better and I have to say that I do think that there is a bump in the overall sound quality with what Edifier are offering, but if I were actually purchasing a set of these, I am not sure I would feel that they were 200 plus bucks better.

What Is The Best?

We have come to the end of our WrestleMania style main event of the two speakers and these guys are battered and bruised. They are standing in the middle of the ring, shaking hands waiting for me to pick a winner…. I think I am going to give this one to the Edifier S3000Pro. I know that they only just lost out to the Sixes, but I do feel that there is a little bit more of an upgrade in the sound quality here. Plus, I do actually prefer the overall design of these speakers. The Klipsch The Fives are great and on another day, I very well could have gone for them, but today belongs to Edifier.