While there are so many soundbars in the market, two of the best sound systems come from Denon and Yamaha. Good quality surround sound has never been cheap, but with the Denon DHT-S216 and the Yamaha YAS108 soundbars, you don’t have to break the bank to have a home theater experience. Both are amazing in their own right and offer a similar quality experience.

Read this article to get answers to all your questions like, which is best? What exactly can each one do? And why are they worth so much?

If, in any case, you are in a hurry and need a system with a wide and dynamic soundstage to enhance your movie experience, you can go for Denon DHT-S216, which has side-firing speakers and a subwoofer. On the other hand, Yamaha YAS-108 is an excellent choice if clear and enhanced dialogue clarity matters to you.

Yamaha YAS-108 is a one-piece, slim soundbar that will enhance your audio experience.

When comparing the Denon DHT-S216 with Yamaha YAS, the first thing that comes to mind is design. While all amplifiers are essentially the same and take the coaxial, optical, or USB input, they all look different.

The Denon DHT-S216 has a simple design yet a beautiful and sophisticated look. The finish of the soundbar is black and has a brushed metal finish on the front that gives it an exquisite look. The soundbar measures 88 x 5 x 7 cm and weighs 1.9 kg.

The DHT-S216 features a slim profile and can be wall-mounted or placed in front of your TV on its included stand. If you have a cable or satellite, you can program the soundbar’s remote to control the power and volume of your TV, too. The bar also has optical digital and analog stereo inputs for easy connections to other devices.

The Denon DHT-S216 comes with an extra subwoofer that will add power to your home theater system by adding bass sounds to audio files. This subwoofer is wireless and connects to the central unit through Bluetooth technology. This means that you can place it anywhere you want without having to worry about cables dangling around your living room. 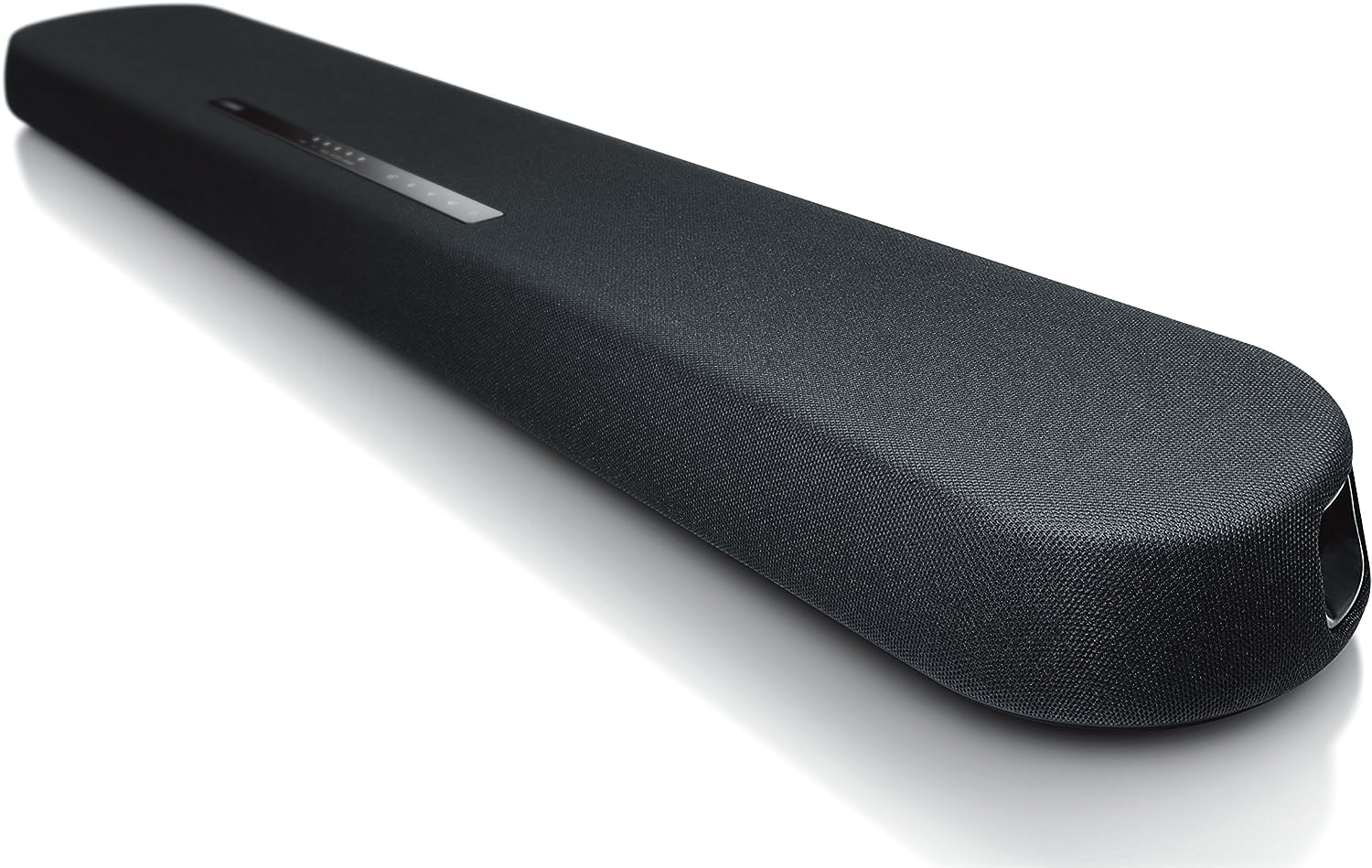 The Yamaha Yas 108 has a more traditional look, while the Denon has a cleaner and modern look. Yamaha YAS-108 is designed to be an affordable soundbar, with a wireless subwoofer as an option. The bar is made of a plastic frame, with a metal grill on the front.

The sub is made out of a wooden cabinet with a fabric covering, and it has a non-removable metal grill on the top. The soundbar is designed with rubber pads on all four corners, while the subwoofer has rubber pads on its bottom side.

The soundbar has two drivers and two passive radiators, placed in a stereo configuration; the right side driver is active, while the left side is passive. The subwoofer has one long-throw driver, and it’s ported from the bottom side.

The YAS-108 has a smaller footprint than the Denon. The YAS-108 is slightly lighter and narrower, making it easy to place in front of your TV without covering the screen. In addition, Yamaha’s remote control is larger and more ergonomic than the Denon. It has dedicated buttons for each sound mode and input source, making it easier to switch between them.

When searching for a soundbar, you want to consider how it sounds. Let’s compare these two models. 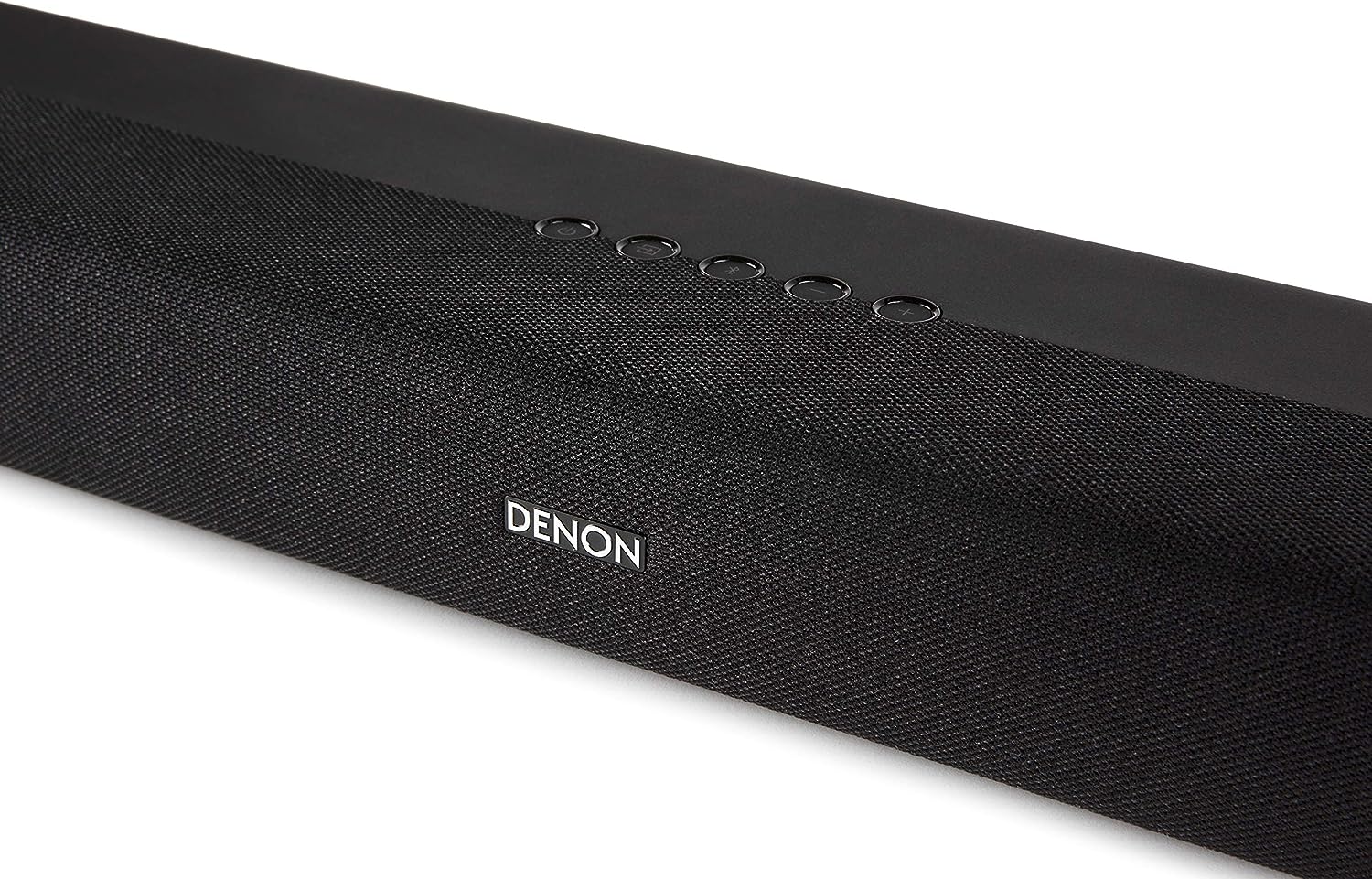 Denon’s DHT-S216 is a 2.1 channel soundbar that delivers clear, detailed audio from a compact, low-profile design. The DHT-S216 includes a wireless subwoofer that adds deep bass to your music and movies. Bluetooth lets you stream music directly from your smartphone or tablet.

Denon’s DHT-S216 has decent sound quality overall. It doesn’t have an overly bright treble response, and its bass is pretty deep without being overpowering. Its mid-range does lack some presence but remains pretty accurate overall.

Its stereo imaging is also suitable for a soundbar system. It has a vast soundstage that provides plenty of details in all directions, which helps create an enveloping listening experience when watching movies or TV shows.

The Yamaha YAS-108 is a good home theater speaker. It has sound audio reproduction, meaning it can reproduce a wide range of sounds from music to movies. It is more potent than most other competing models at this price range. Plus, it can get deafening without distorting too much.

The soundstage is good enough for small rooms or apartment living rooms, and the built-in subwoofer will allow you to get some bass without having an extra component taking up space.

The Yamaha YAS-108 has a very neutral sound for a budget soundbar, with no audible coloration added to the sound. The only issue is that it lacks clarity in dialogue, but it certainly isn’t bad and doesn’t detract from enjoying the soundbar.

The bass performance is generally strong. While the Yamaha YAS doesn’t dig down quite as deep as the Polk or Sony, it is certainly enough for most people.

The YAS bass output is also more integrated into the rest of the sound than those other two models. Hence, you don’t get a big bass boost when pressing the “enhance bass” button.

Connectivity is crucial, especially when you have numerous devices to connect.

Denon’s DHT-S216 soundbar and subwoofer combo offer a few welcome extras that help it stand out from the crowd.

The most obvious is connectivity. The soundbar has two HDMI inputs, which means you can connect a couple of devices such as a cable box and game console and switch between them without reaching for your TV remote.

Denon’s DHT-S216 connectivity is limited to Bluetooth and a 3.5mm analog audio input. If you want to stream music from your TV, you’ll need to connect the soundbar to it with an optical cable included.

There are no HDMI inputs or outputs, which means there’s no ability to pass 4K HDR video from your TV through the soundbar. However, it supports Dolby Digital 5.1 decoding and can send audio from your TV over an optical cable.

If you want to connect your TV or monitor, the soundbar will automatically switch on when it detects audio coming from those devices. You can also use the included remote control to switch between inputs.

The HDMI output port supports ARC (audio return channel), so you can send audio from your TV back to the soundbar via a single cable and then back out to your TV again if needed. That means you won’t have to hook up extra wires if you want to connect your Blu-ray player directly to your TV instead of running it through the soundbar first.

There are a few pros and cons to consider with these models. Depending on your needs, you really can’t go wrong with either as far as sound quality is concerned.

However, the Yamaha YAS-108 is a capable soundbar with a neutral midrange and treble performance. The subwoofer is powerful, but it doesn’t blend that well with the soundbar, which results in a slightly muddy bass response. The lack of support for Atmos and DTS:X is disappointing, especially since the unit comes with three up-firing speakers.

The Denon DHT-S216 has a better overall performance than the Yamaha YAS-108. It sounds more spacious and opens thanks to its two rear satellites. It also has better bass delivery as it blends better with the soundbar, resulting in less muddy bass. Its center channel is also more detailed, while its highs are crisper.

On the downside, the Denon lacks USB support, whereas the Yamaha can play music stored on a USB stick. Other than that, both are relatively similar regarding their connectivity and feature set.

Nonetheless, Denon takes the day because of its modern and class features that complement its sound quality.