While for some people asking the question, why does one side of my record sound weird may seem like an odd topic for discussion, but I have a very good reason for this today. My son over the last year has gotten into vinyl and he just got a new record, Life’s A Beach by Easy Life and he was very excited to get it. Fast forward an hour or so and I get shouted up to his room.

Side A on the record played fine no issues at all, but side B was freaking weird. It sounded so strange, like the record was skipping. I thought for sure that he had scratched it, but he had not! So why did one side of the record sound weird? Well, that is what we are looking at today as I tell you why this was the case for my son’s record as well as a few other reasons as to why you may be having sound issues with your record player no matter if it is a Victrola Vintage 3-Speed Bluetooth Portable Suitcase Record Player or a Sony PS-LX310BT Wireless Turntable.

The Record Is Damaged

I did actually have to say sorry to my son as I was sure he had scratched his record when he first took it out of the package. By the way, I have to give Amazon a ton of credit for the way they have packaged the last few records I have bought from them. Anyway, there were no scratches on side B of the record, but this record had an issue I have never seen on a record before. A few of the grooves were not made properly! Look, I have no idea how this happened during production, but the record had not been pressed properly and that is what was causing the issue on this one side.

My “guess” of what has happened here is that there was some kind of issue with the machine that pressed the record which led to this issue. Anyway, some kind of damage on the record is more than likely the cause as to why just one side of the record is not working right. It could also be because of a bad scratch, I picked up a copy of Legacy by Boyz II Men off a Facebook group, and to be fair, it did say one side was scratched, but the scratch was so bad it sounded really bad on a couple of songs. In my experience on just one side, a scratch is probably the cause.

The Record Is Dirty

I am someone that has gone through so many vinyl cleaning kits it is crazy and I am guaranteed to get at least one off a family member for Christmas, I am actually using this EVEO Premium Vinyl Record Cleaner Kit my sister in law got me and it has been fantastic so I highly recommend it. Anyway, records get dirty, it is part of being a vinyl collector, you can do your best to keep this to a minimum, but dust and dirt is going to get into those grooves eventually and it can actually happen on just one side of the record, that is something I personally have experienced before. 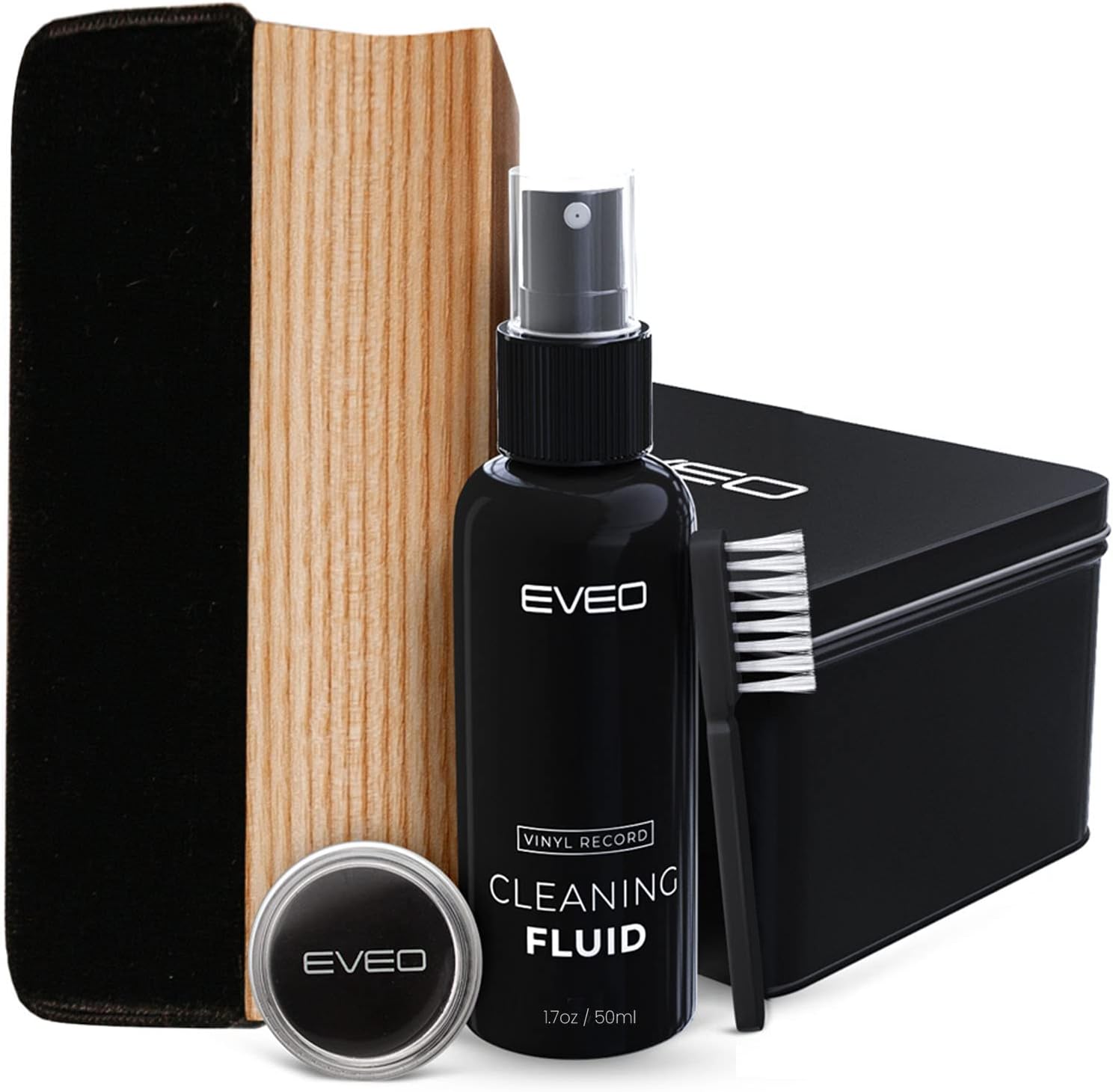 The best way to go about things is to regularly clean your vinyl, give it a wipe before you play it, and then after you play it and 99/100 you will be fine. However, regular cleaning is something that I do feel is part of being a vinyl collector. If the record is dirty, then the stylus is not going to be able to make a solid connection with the record and this can cause the sound to be weird or just plain horrible!

The Stylus Is Dirty!

Ok, now I will say that if the stylus is dirty and it is the stylus that is making you ask, why does one side of my record sound weird? Then it is probably not going to be just one side of your record that sounds bad. Even if you have a fancy cartridge like this Audio-Technica AT33EV Elliptical Nude Dual Moving Coil Turntable Cartridge which is awesome. If the stylus gets all dirty because you thought you struck gold at a thrift store and found a copy of Powerslave by Iron Maiden for two bucks, but do not clean the record, that stylus has a high chance of getting crud all over it. 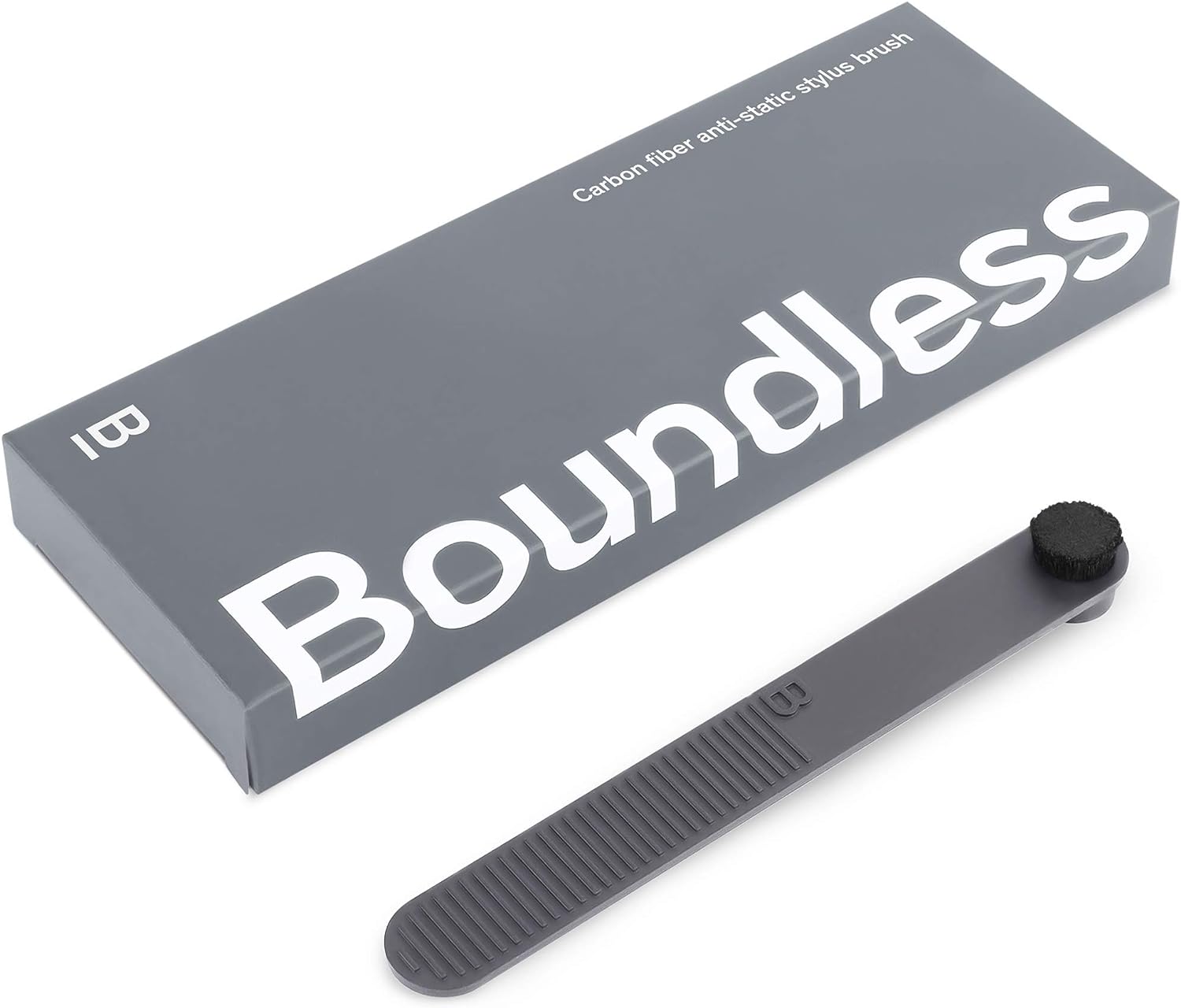 Keeping your records clean is a huge part of keeping that stylus clean, but eventually, the stylus will get dust, dirt, hair or god knows what else all over it at some point! You need something like this very handy Boundless Audio Stylus Cleaner to keep the stylus clean. Now, in my experience, you do not need to clean the stylus as much as you do your actual records and this rings doubly true if you are keeping your records clean. However, if a record sounds weird and the record is clean, the next place I would always look would be the stylus!

Look, I know that asking why does one side of my record sound weird is a rather strange premise to write a blog/article about. However, it was something that actually happened to me so I felt it could be an issue that some of you guys do also have at some point. As I have said, the most likely cause is that one side of your record is scratched or damaged, you may even have a strange issue like my son and I did where it was a faulty pressing! If it is both sides of the record that sounds weird, chances are it is the stylus or perhaps even the belt that is causing you your issues, but I would be very surprised if it was an issue with the actual record if both sides sound messed up.